All of us except for Gabby went on a trip this weekend to Texas. It was a very long drive from ho 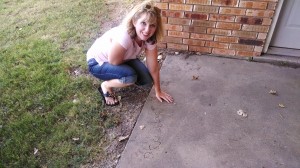 We stayed with Niki, Signe’s best friend since grade school, while we were there. Some of the other highlights of the trip were visiting the house that Signe grew up in. We spent a long time talking with the current owners. The picture is of Signe’s name and hand print that were left in the cement in the back. Not that we needed more proof. Signe enjoyed sharing information about the house that the current owners didn’t know about as well as describing all the changes that had taken place since she lived there.

We also went to the s 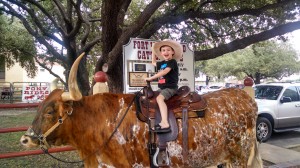